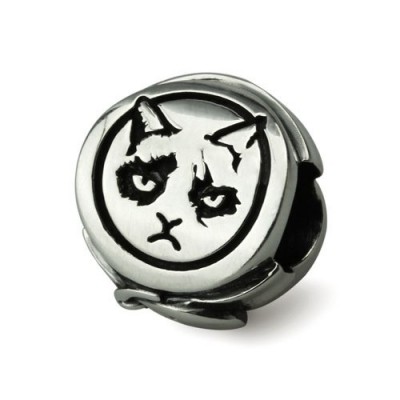 I am Grumpy Cat and I did not approve this bead.Tardar Sauce, is a cat and Internet celebrity known for her grumpy facial expression, and thus known by the common name Grumpy Cat. Grumpy Cat became an internet sensation after her photo was posted on Reddit on September 22, 2012. It was suggested that the original photo was photoshopped, so the owners posted a few videos on YouTube. The videos went viral and her popularity has continued to increase!