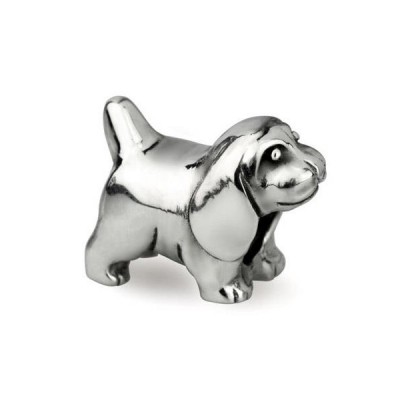 The Beagle has a happy, curious disposition, often described in it's home country of the United Kingdom as a ""merry"" character. It's arguably best suited to country or working life due to boundless energy. It has the most developed sense of smell of any canine breed and as such, is frequently employed as a detection dog at import locations around the globe.

When considering our history with dogs, there's little wonder they've become known as man's best friend. In the past they've aided us with hunting, herding and transport of goods. Today they still act as guard dogs, police dogs and those entrusted with aiding the blind and handicapped. Perhaps more importantly to many of us, they're loyal companions who love unconditionally. Here at Ohm Beads we're true animal lovers and were keen to see this special relationship immortalized in jewelry. Rather than produce a generic doggy themed charm, we went one step further to produce a line dedicated to your favorite canine breed."