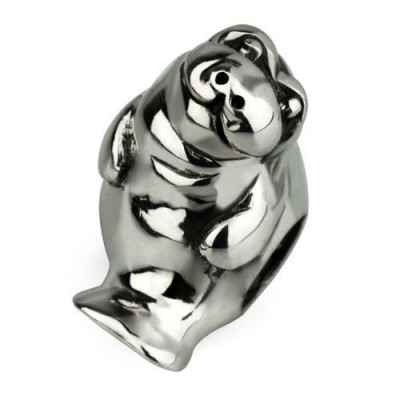 "The manatee is often colloquially referred to as a sea cow due to it's relatively large size, it's predominantly herbivorous diet and it's docile nature. The manatee has an elegant and majestic movement in water and it's believe that many a mermaid sighting could be blamed on the manatee. Manatees rarely raise their heads above water yet frequently feed close to the surface. From a distance it was frequently their long tail and graceful style of swimming that caused sailors to claim they had glimpsed an elusive mermaid. This was exacerbated further by the fact that, when startled, they tend to dive to the sanctuary of deeper water. With their heads so rarely glimpsed but their tales so resembling the fabled mermaids, they were frequently mistaken. Indeed in 1493 Christopher Columbus described seeing three mermaids as ""not half as beautiful as they are painted."" Aside from their brush with myth, the manatee is the the state marine mammal of Florida and a docile, gentle and generally solitary creature. Their large, soulful eyes are endearing and perhaps this explains part of their undeniable popularity. The Ohm Beads manatee captures the cheerful, contented and unassuming nature of this amazing sea giant. This charm offers an essential addition to any oceanic or animal themed bracelets."