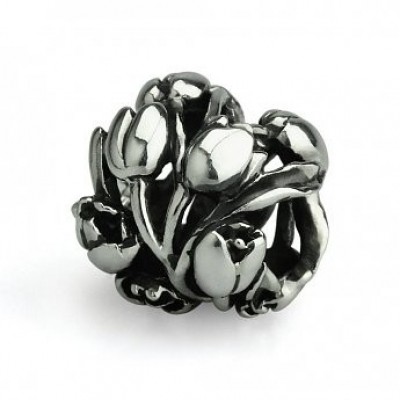 Tulips are synonymous with the Netherlands. During the Golden Age, Tulips became popular as they were featured in paintings and festivals. In the mid-seventeenth century, these flowers were so sought after that they created the first economic bubble, known as Tulip Mania. As people bought up bulbs, they became increasingly expensive and were subsequently used as legal tender until the market in them crashed. Crash or not, they are still an amazing specimen on the tree of life. Are we still waiting for the bead bubble to crash? Better not wait to pick one up and enjoy them while they last. This beautiful openwork Tulip pattern was made exclusively for the Dutch market by OHM.